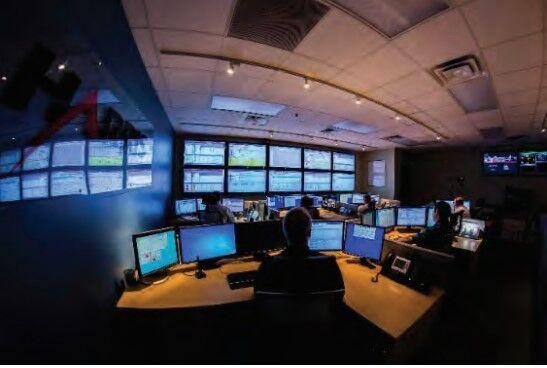 BROOKSVILLE ‚ÄĒ Hernando County Commissioners were excited to put behind them a nearly five-year long challenge of finding funds to upgrade the county‚Äôs emergency radio system.

The Hernando County Fire and Sheriff‚Äôs services will greatly benefit from the upgrade, as it will now cover up to 98% of the county. The commissioners approved a $12.5 million contract to Communications International Inc. at the most recent board meeting on June 22. Funds from the Coronavirus Aid, Relief and Economic Security Act will be applied to the contract.

‚ÄúIt provides an outstanding, top-of-the-line system,‚ÄĚ said County Administrator Jeff Rogers. ‚ÄúTo me, the standards that came out after the 9/11 commission makes sure all these agencies connect on the same system.‚ÄĚ

Rogers explained that the upgrade will offer coverage inside most buildings, including most stores. The county will add five towers for service, increasing total coverage to eight towers. Part of the contract includes a long-term life cycle that provides for annual maintenance of these systems and upgrades.

‚ÄúI see this first-hand because I deal with a lot of law enforcement that comes to my business,‚ÄĚ said Commissioner Steve Champion. ‚ÄúMy little shop, they do not get reception 15 feet into the building. Believe me, it‚Äôs just static.‚ÄĚ

Hernando County Sheriff Al Nienhuis told Hernando Today that while the current radio system was ‚Äústate of the art‚ÄĚ when it was installed in the 1990s, today it is dangerously close to being unrepairable.

‚ÄúSince there has been tremendous growth in the county in the last couple of decades,‚ÄĚ Nienhuis said, ‚Äúthere are currently areas of the county that reception with portable radios is spotty at best, even outside on a good day.‚ÄĚ

He said there have been occurrences such as when a deputy called in for emergency assistance in a spotty communication area while in foot pursuit, but it was impossible to understand what the deputy was trying to relay.

Commissioner Wayne Dukes said that during his career as a fire chief, he‚Äôs set up three different systems all over the world, but when he arrived in Hernando he couldn‚Äôt believe what they were working with. Now, 10 years later, Dukes said he can‚Äôt believe how the county is finally getting close to catching up.

Chairman John Allocco expressed the immensity of finally being able to upgrade these services after all this time.

‚ÄúThis isn‚Äôt anything small,‚ÄĚ Allocco said. ‚ÄúI was doing the math in my head, a minimum of 25 times this has been discussed with this board in the last four and a half years.‚ÄĚ

« This solar generator gave me a tiny, sweet taste of living off the grid – BGR Gear Ideal for Golfers‚Äô Return to Travel – Sports Illustrated »