Forecasting Growth: Mushrooms in the garden and in the home – WGME 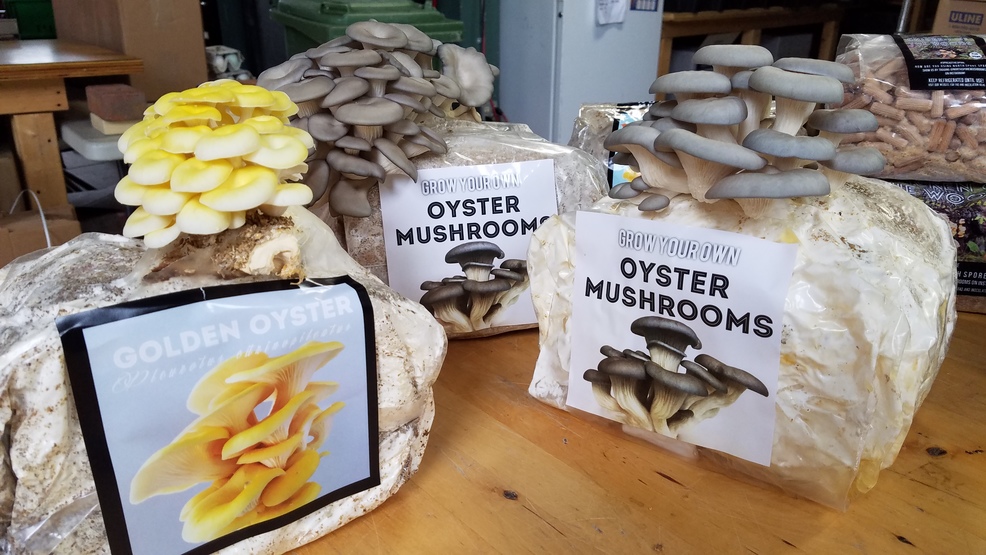 WESTBROOK (WGME) — North Spore in Westbrook is on a mission to introduce Mainers to the wide world of mushrooms.

“If you can’t grow plants, if you don’t have a green thumb, you can definitely grow these,” Matt McInnis said.

Matt McInnis says mushrooms are easy for anyone to grow, and there is a wide variety to choose from.

“There’s as much diversity in the mushroom kingdom as there is in the plant kingdom or animal kingdom,” McInnis said.

McInnis co-owns North Spore Mushroom Co. in Westbrook. They sell mushrooms and growing kits to farmers’ markets from as far north as Belfast to as far south as Boston with many spots in between. Most of their sales are online and to the U.S., but they ship often to Canada and Europe.

He says producing mushrooms is not the same as vegetables. It starts with a bag of millet.

“We soak millet, we bag it, we cook it, then we bring it into a laboratory setting, and inoculate it, we add mushroom cells to that millet,” McInnis said.

Then the bags sit in the laboratory for weeks or months as needed. Over time, the mushroom cells, or mycelium, colonize the millet. The bag of brown millet becomes filled with white mushroom spawn, ready to grow into edible mushrooms. The white mushroom spawn is the equivalent of seeds. North Spore sells thousands of bags of spawn a year, including the popular grow at home kit.

“If you have an apartment without a backyard, you can get one of these kits, throw it on your kitchen counter, spritz it once or twice a day, and have fresh grown mushrooms in a matter of weeks,” McInnis said.

The grow at home kits, which include varieties like oyster mushrooms, are great for indoors and great for beginners. If you prefer the wine caps, McInnis say they are better off in the garden beds. Spread the spawn into the dirt like seeds, and they will come back each year. For a larger project, you can grow shiitake, which takes more time to fruit and more effort to start.

North Spore produces instructional videos on YouTube to help amateur growers. McInnis says they want to turn more people on to mushrooms, adding that there is so much more to them than what you commonly see in grocery stores.

North Spore distributes mushrooms to many restaurants across the state, with their name seen on menus. They have also partnered with Lone Pine to produce a mushroom-based Chaga Stout.