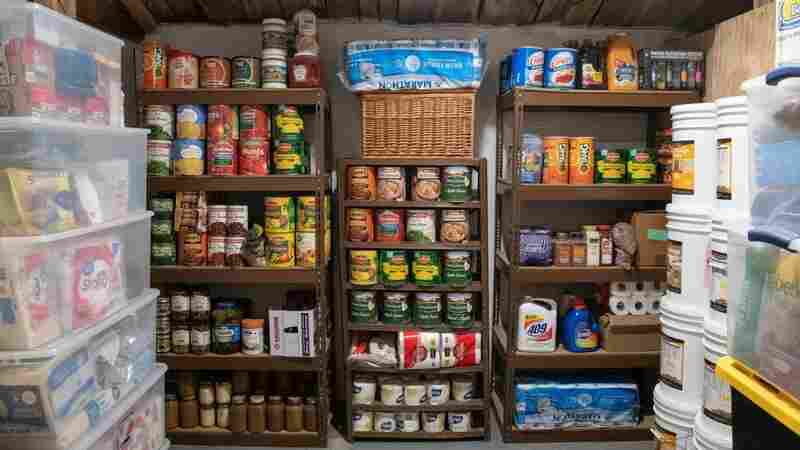 Many preppers keep a well-stocked pantry of non-perishables.

Doomsday prepping is no longer a fringe obsession. The survivalist movement, which was long stereotyped as made up of gun-wielding, right-wing older white men, is evolving.

According to John Ramey, the founder of a popular how-to prepping website called The Prepared, young, urban-dwelling women are his fastest-growing audience. The site experienced a 25-fold boost in traffic the week COVID shut down parts of the U.S.

Author Melissa Scholes Young attended a survivalist training camp to research her new novel, “The Hive,” which features a character who is a prepper.

While prepping has its roots in American individualism and self-reliance, it’s also big business. Some of the ultra-wealthy are going so far as to invest in multi-million dollar bunkers. Prepping companies like Judy have sprung up. It sells survival kits (known by preppers as “bug out bags”) and was endorsed by the Kardashians on Instagram. Between 2017 and 2025, Allied Research Marketing projects that the global market for “incident and emergency management” will jump in value from $75.5 billion to $423 billion.

What’s behind the growing popularity of the prepper movement? And is the community built on an ethos of “survival of the fittest” accessible to all?

Bradley Garrett, John Ramey, and Melissa Scholes Young join us for the conversation.

Like what you hear? Find more of our programs online.

« Hundreds of backpacks will be given away at event in Rialto on July 8 – Fontana Herald-News This solar generator gave me a tiny, sweet taste of living off the grid – BGR »