After dress rehearsal, pandemic a piece of cake for Provident Preppers – Deseret News 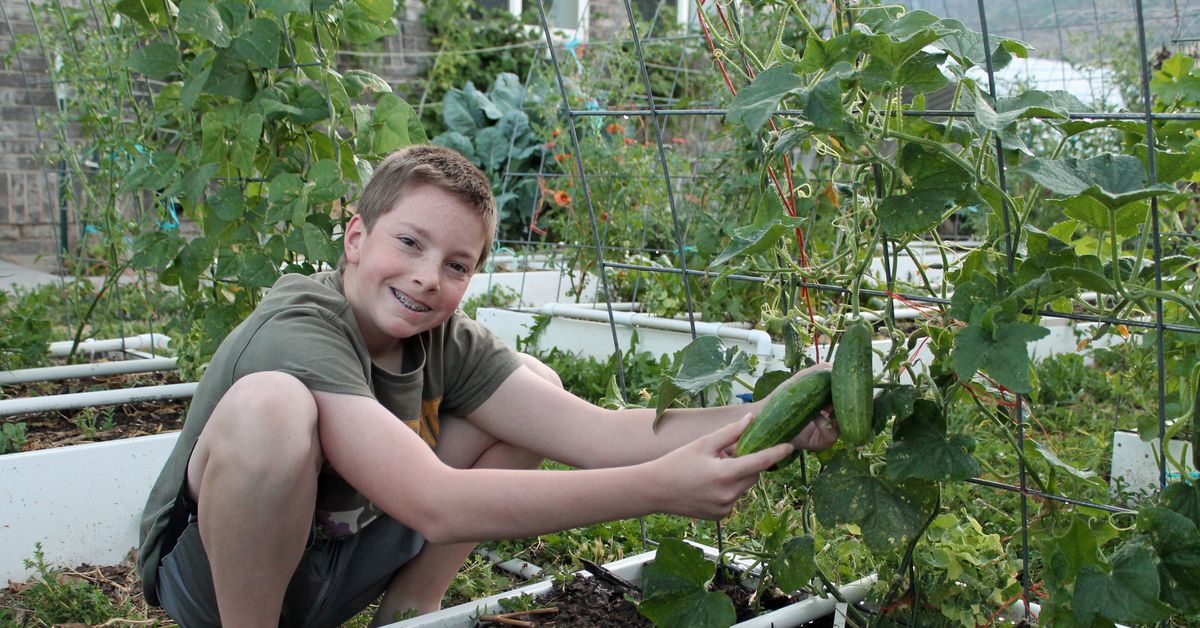 PROVO ‚ÄĒ A year ago, Jonathan and Kylene Jones, of their own free will and choice, embarked on one of those quests of endurance that have your neighbors wondering if you might have finally gone off the edge.

Some people hike the Appalachian Trail, some people climb Everest, some people see how long they can hold their breath without passing out.

They decided they wouldn‚Äôt go to the store for three months.

There was a method behind their apparent madness. For years, ever since they wrote a book called ‚ÄúThe Provident Prepper‚ÄĚ in 2014, they had been maintaining that their food storage strategies were sound; that they could easily go off the grid for 90 days and be just fine.

But saying it was one thing ‚ÄĒ proving it was another.

So on a perfectly benign day last July, they launched Operation No Retail, intent on subsisting on either what was in their pantry, in their garden or available via barter.

They hadn‚Äôt specifically planned on the barter part, but needs and wants arose that had to be addressed. One of their teenage sons, for example, found that being away from fresh milk was more than he bargained for, so he made an arrangement with a nearby farmer to milk the man‚Äôs cows in exchange for milk.

In another example, Kylene discovered that living without chocolate was akin to a jail sentence, so she traded kale from their garden ‚ÄĒ quite a lot of kale ‚ÄĒ for chocolate.

For the most part, though, the Joneses were happy and relieved to make it through the three months unscathed. To see that their planning was sound. No one went hungry. No one needed therapy. Piece of cake, so to speak.

When the three months were up, they wrote a post and made a video for their website, theprovidentprepper.org, about preparing for and surviving a pandemic.

You can probably see where this is going ‚Ä¶

In March, when an actual pandemic appeared, Kylene and Jonathan greeted the coronavirus with three words:

‚ÄúIn a day, things went from normal life to, ‚ÄėOh my goodness,‚Äô‚ÄĚ said Kylene, remembering when everything came to a screeching halt in mid-March. ‚ÄúFor us it was very surreal, because of what we‚Äôd already been through. We had a plan and we knew what to do.

Not surprisingly, the Provident Preppers became something of an overnight sensation.

For years, they‚Äôd grown their online prepper business slowly but surely, dispensing copies of their book and other products and attracting enough page views to make it profitable.

But now that they had their attention, the mainstream was listening.

Their Amazon sales quadrupled during the first month of the pandemic, and have remained higher than normal ever since.

On YouTube, they are attracting an average of 2,500 new viewers each month. Their subscriber list has exceeded 24,000.

Just last week, the Los Angeles Times featured the couple in an article about being prepared. The Joneses told the Times the same message they‚Äôve been delivering to everyone else: Have a plan and keep it simple.

‚ÄúIt‚Äôs like the proverbial elephant in the room, don‚Äôt try to eat it all at once,‚ÄĚ Jonathan advised. ‚ÄúBreak it down into manageable bites. Then you can make real progress. And what comes with that is a lot of peace of mind.‚ÄĚ

‚ÄúWe believe that we can all do everyday things that help us to be more resilient and self-reliant,‚ÄĚ added Kylene. ‚ÄúIt‚Äôs about being family- and community-oriented, about having a plan and implementing it. It‚Äôs not about guarding what we have with guns.‚ÄĚ

The Joneses aren‚Äôt extremists. They have never been featured on ‚ÄúDoomsday Preppers.‚ÄĚ They do not live in a compound and they do not have a nuclear fallout bunker.

‚ÄúBut we have a basement,‚ÄĚ said Kylene. ‚ÄúAnd we know how to turn that into something that would be safe within an hour or two.‚ÄĚ

Jonathan hearkens back to the turn of the 20th century to explain ‚ÄúThe Provident Prepper‚ÄĚ pragmatic approach to preparedness.

‚ÄúPeople were 90% farmers a hundred years ago,‚ÄĚ he said. ‚ÄúThey were very community-minded, they helped their neighbors and they were always aware the crops might fail and knew they needed to be able to deal with that. To the extent that we can, we try to live like our forebears.‚ÄĚ

Last summer, and again this year, they proved it was possible.

« ‚Äú20/20‚ÄĚ to Feature Interview with the Brother of Lori Vallow After Mysterious Disappearance of Her Children – LaughingPlace.com The 10 Best Keto Cookbooks For Anyone on a Low-Carb Diet – Livestrong »